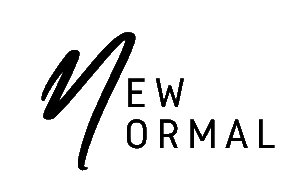 The New Normal Fund
Partnering with B2B SaaS CEOs to
Scale to IPO & beyond
by putting humans first
Leverage my experience in B2B SaaS as former Gainsight COO & multi-time board director.
Subscribe to my newsletter
who i am

I'm an advisor-investor, supporting the CEOs of companies such as dbt Labs (on the board), Mux, Hex, Tackle, On Deck, and others.

I was formerly COO at Gainsight and scaled the company from $1M in ARR to 650 employees, paving the way for its successful exit to Vista in 2020. I joined the new CEO as one of the first leadership team members in 2014, several months after he took over from the founder, and after my former investment firm led an early funding round.

Besides building dozens of functions over six years, I published hundreds of thought leadership pieces about Customer Success in order to build our software category. I became known as a top expert on recurring revenue growth, which led to advising many CEOs and executives, joining boards, and angel investing. Here’s a summary of my bio:

I'm particularly motivated to work with CEOs on these topics:

whom i've worked with

I work with SaaS CEOs across all stages, from pre-seed to pre-IPO. Investing through my fund, The New Normal Fund, is a way for me to formalize those relationships. My angel and fund investments include:

how i work
what CEOs say

"At our Series B, we carved out an independent director position and it was my job to identify the right person. To say that I had no idea how to do this would be an understatement. I ended up looking for a combination of been-there-done-that experience and strategic mindset, but perhaps more importantly that rare mix of thoughtfulness and willingness to show up as a real human. I could not be more happy to have found Allison in that process and am overjoyed that she is on this journey with us."

"You would be very lucky to get to work with Allison on your company. I can say that with confidence, since I had that exact privilege for 6 years, when Allison was our COO. She wields a remarkable combination of vision for the future, strategic thinking, willingness to help, moral grounding and compassion for others that makes her a legendary partner. I've stayed in close touch with Allison since her time at Gainsight and am privileged to be an investor in her fund and co-investor with her in deals. She is working with the cream of the crop in terms of investors and entrepreneurs and is adding tremendous value through her insights, network and actions. I've already written one book (on Customer Success) WITH Allison and could write yet another book ABOUT her in terms of her impact on people."

"Made our next round happen":

"I don't say this lightly - Allison has been the best investor on our cap table (and we work with some awesome people). She has substantially inflected the trajectory of our company by often going above and beyond what's even asked. Having a world-class operator a phone call away helped us go from 0-1 with few hiccups as we hired the first few sales reps. Whether it's a small or large question in the early morning or late night, Allison makes herself accessible. It's hard to overstate how impactful that can be.

As an investor, she moved with conviction and didn't look to make consensus-based decisions. She leveraged her conviction and reputation and made our next round happen. It's unlikely we would have been as happy with the round had it not been for Allison's involvement.

Working with Allison is a no-brainer if you have the chance."

Experience of a company builder:

"When I need advice on how to handle a challenging executive situation, like a VP abruptly quitting, or a C-level executive underperforming, Allison is the first text I send. When Allison speaks in a board meeting, everyone stops and listens intently. When I need someone who can balance the strategic needs of the business, against the stressful reality of being a founder, I call Allison."

"Made me a better executive":

"I’m grateful to have Allison as a trusted advisor to Mux. She is extremely generous with her time and I can always count on her. When I bring her an operational or strategic problem of any scale, I know Allison will come through with pointed advice and often several intros to folks in her network that can help. Allison is the ultimate connector and we’re lucky to be able to work with her. She's made me a better executive."

MVP on the cap table:

"Your cap table is one of your prized possessions. I've worked very hard to vet the superpowers of all of my investors, and it was clear that when I met Allison I'd have to raise the bar to a new standard given her incredible support of our business. More importantly, her efforts come from a place of genuine interest, which means her opinions are always well-founded and adapted from her prior experience to our present situation. Allison's network adds tremendous value at key inflection points, whether it be for talent acquisition, advice, customer intros or funding. It's clear that working with Allison is bringing results that will have massive ripples well into our future."

Strategic mindset of a board director:

"My investors introduced Allison to me as a potential board director. Now that she's focused on investing, she offered to syndicate part of our round, bringing in 20+ CEOs/operators to serve as an informal advisory board. Since then she has introduced us to a dozen candidates for executive, board, and advisory roles. She's advised on our go-to-market and org design and in general is super responsive."

Connections of a community-builder:

"Not only has Allison leveraged her network to open up several new customer conversations, but as an influencer in B2B, her thought leadership blog post on 'Why Warmly was a must' brought in several dozen more customers. Allison is also THE go-to operator for many top-tier funds, as they lean on her for advice on which startups they should back."

"This was one of the best sessions I have attended in a post-WFH world. The candid nature and the actionable takeaways made this a remarkably wonderful hour."

"Allison is an excellent speaker. The dialogue was insightful and packed with material information, not pie in the sky theory or academic examples. This is the first time a webinar speaker captured my attention. I wish I could follow Allison around all day to absorb her effective presentation style!"

"Lucky to have her":

"Any time other founders ask me about helpful investors or angels they should include (especially in an oversubscribed round), Allison is one of the first names I suggest. We've consulted her on topics ranging from GTM to hiring to scaling services, and she's instantly responsive to hop on a call with thoughtful advice and ready, proactive help — even on short
notice. She's extremely high on the help-to-dollars-invested ratio, and we're very lucky to have her on our cap table."

“Allison is the most value-add, proactive, and empathetic investor. She proactively provides advice, a fresh perspective, or an introduction before I even realize I need it, propelling our business forward at a faster pace. She can give the perfect mix of high-level strategic and in-the-weeds tactical guidance. She’s a game-changer for the early days of company building.”

We carved out room for Allison months after our round because after meeting with her it was clear she’s a force multiplier and one of kind. She’s the #1 person I’ve ever met when it comes to customer success strategy and has helped our company elevate our CS performance to best-in-class in under 9 months. While doing that, she’s helped me with executive performance management, is working with my co-founder and our VP of Enablement on our OKR strategy, and is a personal sound board for me to help brainstorm various topics that come up while scaling. Overall, I’m super thankful to have Allison on our team, and I’m fired up to keep learning from her."